WHEN WILL MOBILE NETWORKS WAKE UP TO THE BENEFITS OF USED MOBILE PHONES?

When Will Mobile Networks Wake Up to the Benefits of Used Mobile Phones?

In Ireland, there are two ways to buy mobile phone services: pay as you go, or by signing up to a contract. You might buy your
phone brand new from the network, or you might purchase a SIM separately and pop it in a used mobile phone. 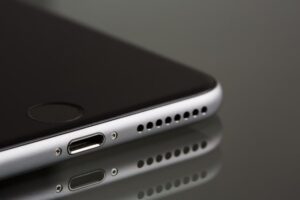 Contracts nowadays are much more flexible than they were in the early days of the mobile phone market. Networks are offering shorter durations and flexible terms. But if you buy service and a phone together, you might not be getting the best deal. Networks know this, yet they continue to push these packages because of the profits and commission that they earn.

What About SIM Only Contracts?

If cost is an issue, you can buy a used mobile phone and a ‘SIM-only’ contract separately. This allows you to get the handset of your choice at a much lower price than it would cost if you bought the contract and the phone together. It also frees you from having to essentially pay for your phone for many months, which is a bind most of us can do without.

Separating out the hardware and service is good news for consumers. But we’re still some distance from mobile networks actively selling used mobile phones themselves.

There’s a good reason for this. Mobile networks know that a contract hides the price of a new device. They can spread the cost of a shiny new phone over two years, or even longer, ensuring that you fork out for their service at the same time. With some handsets costing more than a good laptop computer, it’s no wonder that networks want to disguise some of the fee.

When you get a brand new phone from a network, you can’t easily exit a contract part-way through. And with some networks, you can’t even sell the device until a certain amount of time has passed. That may leave you stuck with a device that you don’t like, unable to trade it for a used mobile phone that’s more suitable.

Even Apple is in on the game. It has turned the model around, selling its iPhones through a fixed monthly payment that essentially never ends. It means that you have a new phone more frequently, but you’ll pay considerably more in the end.

Not only would that improve choice for consumers, but it would also encourage all of us to be more eco-friendly.

It’s good to see the cost of handsets and contracts separating. And while it’s convenient for some mobile phone users to obtain their device and service as a bundle, for many people, that model doesn’t fit.

It’s time that mobile networks offered real choice, marketing used mobile phones with contracts. Not only would it cut costs and improve choice, but it’s by far the most eco-friendly option.

Lycamobile, 48 Months and Tesco Mobile spring to mind as great Pay as You Go Alternatives on Sim Only Plans..

Michael Leyden
You couldnt have picked 2 worst cases, than LycaMobile.ie or Tesco IRL, both poor reception, both have dreadful Customer Service, and Lyca so bad that after me cancelling, and porting my No....they stilll kept debiting me for E15 per month....I have got no satisfaction so far, and am considering reporting to Com Reg.......a terrible shower to deal with....as for Tesco, they admitted their service was so poor, and local Supermarket, so ill equipped, I was advised by their own in-store customer Service to go elsewhere, but when I tried to unlock, I had to have phone 9 months....so another shower of con artists here...
Eoin Rea
Have to say, I have being on Lycamobile for about 2 years and I find it great value at €15, I don't do any Debiting from my accounts, I just top up with a voucher as I use, and play by their rules.. A but like Ryanair..... but for €15 I have Unlimited Calls to all Mobiles and Landlines in Ireland , Unlimited Texts and 25GB Data.. The two networks you mention both bounce off the Three Network.. So in theory they should have the same signal as Three.. Have you had issues with the Three signal as well by any chance? Regards, Eoin